The 10 Easiest Martial Arts to Learn as a Beginner Fighter

There are several martial arts to learn and when looking at a career in MMA, you will need to learn multiple disciplines. Not all martial arts are extremely difficult and some offer effective basics that can be taught quite quickly. The 10 easiest martial arts will give you a good place to start.

Certain disciplines such as boxing, wrestling, Muay Thai, karate, and Jiu-Jitsu offer simple basics that beginners can learn. While you will need a few years to master the arts and become a good fighter in the discipline, you can gain decent experience in a few months from these combat styles.

However, choosing the right style for you will always depend on why you are learning a combat style, your strengths, and your commitment to the sport. Here I provide an overview of 10 combat styles based on difficulty to help you determine the right one for you to start with.

In no particular order, these are a few of the easiest martial arts to learn, although how good you become at fighting will depend on your discipline and how often you practice.

Boxing is one of the easiest fighting styles to learn as it focuses on hand striking without any kicks or ground fighting techniques. In boxing, you will also learn expert footwork to help in self-defense scenarios and in an MMA fight if you decide to go that route.

The upright stance of boxing is also easy for people who are not athletic or fit and anyone can learn the basics with a few months of training. However, to become an expert, boxing is difficult and you will need to learn speed, agility, stamina, and work hard in the gym to increase your fitness.

Karate is easy to learn as it is a fairly gentle martial art. Young children can start learning karate early on and become masters of the art form later on. While karate can help you in self-defense situations, it is not one of the best ways to defend yourself.

While karate is fun to learn and offers more than just fighting, since you strengthen your mental state too, it is not best for street fighting. Many karate schools do not offer sparring practice against opponents, so you do not get much practical training.

Muay Thai is a highly effective technique for both self-defense and MMA. The discipline, known as “The Art of Eight Limbs” teaches practitioners to fight by using their whole body as a weapon. You will learn striking and defensive techniques using your hands, feet, elbows, and knees along with your forearms and shins.

Muay Thai requires flexibility, coordination, and balance to land kicks and defend quickly. The discipline also teaches clinching, which means it involves many aspects of training. The basics can be learned in a few months while being effective enough to offer protection.

Brazilian Jiu-Jitsu (BJJ) is a great martial art to learn for MMA and focuses largely on ground grappling techniques. These techniques are also essential for self-defense, especially if your attacker knocks you down.

If you are aspiring to become an MMA fighter, this is a great discipline to start with, but you will need to incorporate striking techniques from disciplines such as boxing or Muay Thai. BJJ will require plenty of practice, but it is also highly effective for smaller fighters.

Wrestling is another effective martial art to learn for self-defense and MMA. The discipline focuses on clinching, throws, submissions, and takedowns. The winner in wrestling is determined by the fighter who is able to pin down their opponent in a submission hold.

Wrestling equips fighters with several skills, such as endurance and strength, which will work well in an MMA match or a self-defense situation. Wrestling requires a high level of athleticism and most successful wrestlers begin at a young age.

Judo is a martial art that focuses on throws, submission holds, and ground fighting. This provides practitioners with a good basis for MMA and self-defense. The techniques learned in judo extend beyond fighting as you will learn to become aware of the space and people around you, as well as stamina and coordination.

Judo is often taught from a young age and a few months will give you a good understanding of the sport, although you will need up to 10 years to reach the higher levels.

Taekwondo places a big emphasis on kicking techniques with spinning and jumping kicks, while hand striking is only taught as a backup. This martial art is great to learn if you want to compete with a large crowd, as the exciting sport is entertaining due to the extravagant moves.

Taekwondo is not the best for self-defense or MMA as it is mostly speculative, although it does offer a few blocking techniques. You can learn the basics in a year but will need a few more years to become good at Taekwondo.

Kickboxing focuses on standup striking techniques and was developed from karate with elements of boxing, taekwondo, and Muay Thai. Although kickboxing omits the use of clinches in the sport, it offers effective combinations that include hand strikes and kicks.

Kickboxing is often positioned as a full-body workout and you can learn the basics within a year if you are dedicated. You may not learn contact strikes at certain gyms, which will be less effective for self-defense. Kickboxing will help you get fit in a short amount of time, which is always good for fighting sports.

Krav Maga is an aggressive fighting style that was developed for military scenarios and is a great combat form to learn for self-defense. MMA fighters will rarely focus on Krav Maga techniques as many of them are deemed illegal in the Unified Rules of MMA.

Krav Maga does require a certain level of fitness to begin with, but if you are fairly athletic, you can learn the basics in the space of a year. However, to reach an advanced level will take up to three years to properly learn.

Sanda is a striking sport that incorporates throws and takedowns. The full-contact sport includes elements of Muay Thai and judo, offering a well-rounded fighting style. The style may be a bit more difficult than the others on the list due to the varied techniques you will need to learn.

Sanda was developed by the Chinese military and provides a good basis for self-defense. Although you may find it hard to find a Sanda school to learn these techniques outside of China.

As a beginner fighter, or someone who is looking to expand their martial arts skills, there are several options for you to choose from. It is important to remember that while you can learn the basics quickly, you will need years to master any of these disciplines.

You should make sure to choose a fighting style based on your intentions, whether it is to learn a new sport for competitions, become an MMA fighter, or for self-defense. 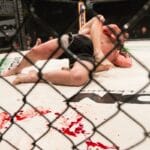