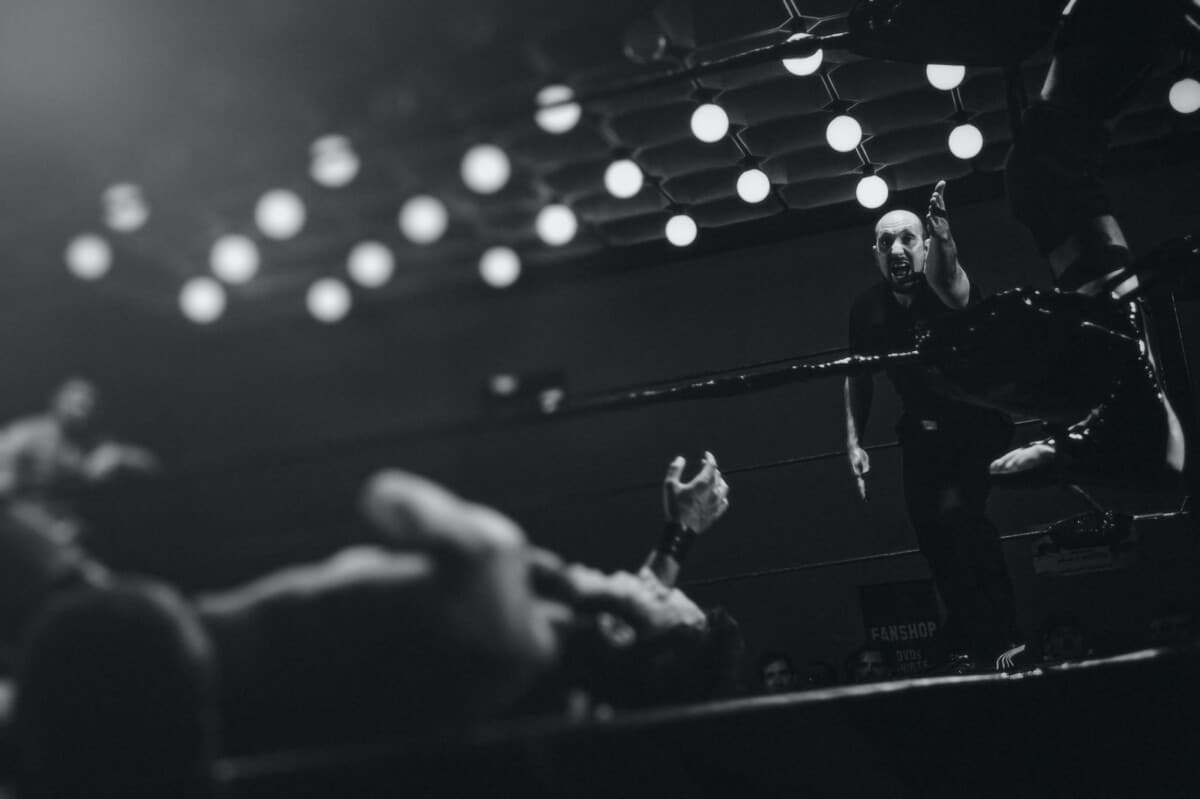 4 Starting Points in MMA: How to Get Your First MMA Fight

MMA is growing in popularity as more fighters become interested in the young sport that was only formalized less than 30 years ago. Beginner fighters have started to develop an interest in martial arts and the various sporting competitions that arise from learning these fighting skills. Many fighters aim to join the ranks of popular MMA fighters as their ultimate fighting career goal, but they don’t always know where to start.

This is how to get your first MMA fight.

Getting your foot in the door of MMA or simply knowing where to look to get your first fight can be difficult as a young fighter. There are a few ways to start, which include joining a gym with MMA classes, finding an MMA school, or contacting lower division promotions, which can be found on Facebook.

How to Get Your First MMA Fight

Aiming to fight in MMA promotions is a dream for many young fighters, but knowing where to begin your journey is something that not all fighters know. Here are four ways you can get yourself in the cage for your first MMA fight.

If you are not currently a member of an MMA school, it can help to find one in your area to join. This will give you access to expert trainers, coaches, and a direct link to MMA promotions. A proper MMA school or gym will help you learn new skills and improve your current skills.

However, finding an MMA school may be difficult if there aren’t any in your area and if you are set on MMA as a career, you may need to consider moving to a town where the sport is more popular. However, you should be committed to this journey before taking such a big step.

If you are not ready to relocate but don’t have access to an MMA school, then you can look for gyms that focus on MMA or any other martial arts. Certain gyms will house a variety of fighting disciplines which can offer you a stepping stone to MMA promotions or a more structured MMA school or gym.

When choosing a gym, look for ones that have an MMA fighting team, as working your way into the team can give you exposure to MMA scouts who usually ask gyms for their best fighters.

Many fighters will look at gyms or martial arts schools within their area, which, of course, is a good start. However, it can take time to establish yourself as a fighter in the gym and to become a part of the team. If you think you are good enough already, you can try to skip this step.

Many smaller MMA promotions will not feature on Google’s first page when you search for them, as the space is dominated by larger promotions. Taking your search to Facebook can help you discover smaller promotions that may take you on as a new fighter if you show promise.

You can also get your first fight as an unaffiliated fighter, which means you won’t be part of a specific organization. This step will pair you with other unaffiliated fighters and place you in the cage together. This could be a good way to show your skills and hopefully get some attention from bigger players in MMA.

Cage Wars and World Fighting Championship offer sign-up forms for new fighters to register for tournaments. These tournaments can be difficult as you won’t know much about your opponent, but it will be a good place to practice in a real fight.

What to Know Before Looking for a Fight

If you are currently participating in martial arts competitions, it is easy to get excited to start fighting in the MMA arena. Your dream may be to reach the ranks of the likes of Conor McGregor and Jon Jones, who are highly rated fighters in the UFC.

However, before you begin, you must make sure you know the basics, or else your attempts will be futile. Here are a few tips to help you get started.

MMA fighting consists of three dominant fighting styles which you should fully understand before considering becoming a fighter. Once you have practice and experience with the three elements below, you can look at getting your first bout.

Stand-up fighting is when fighters are battling on their feet while throwing punches, kicks, and other strikes. You also need to learn how to defend yourself against attacks from your opponent.

Clinching is a form of stand-up fighting where both fighters are on their feet while holding each other in locks. Fighters may attempt to throw punches or strike with their knees in this position.

Ground fighting is when both fighters are on the ground, grappling and throwing strikes at each other. Martial arts such as Brazilian Jiu-Jitsu have a strong focus on these fighting techniques.

Learn How to Train Correctly

Many young and inexperienced fighters may believe they need to overwork themselves in the gym, pushing their body beyond what they can handle. This will not help you become a better fighter but will rather lead to injuries that negatively impact your journey to becoming an MMA fighter.

MMA fighters learn discipline and their limits to ensure they do not end up with unnecessary injuries and you may be surprised at how often MMA fighters train. It is important to have a trainer to help you know when to stop training and when to give your body a rest.

MMA doesn’t require much gear for fights other than shorts and some protective gear. However, if you go to a gym or MMA school, you may want to use your own gear instead of the old sweaty gear lying around at the gym.

Consider purchasing some basics, such as Muay Thai shin pads, training gloves, and hand wraps. You can also purchase a heavy bag to practice your striking at home.

As an MMA fighter, you are your brand and you need to showcase yourself. Most MMA promotions look for fighters with charisma and an outspoken attitude. This will help you become affiliated and earn more money as a fighter. Just look at how much Conor McGregor makes with his bold persona.

Getting started in MMA is tough and it may take months or even years to make a name for yourself. The key is not to become discouraged, rather continue training and mastering your techniques. Be sure to put yourself out there and don’t be afraid to show your unique attitude and fighting style. 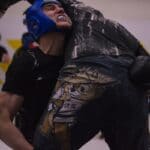 A Training Guide: How Often do MMA Fighters Train? Unified Rules of MMA: Are Elbow Strikes Allowed in UFC/MMA?