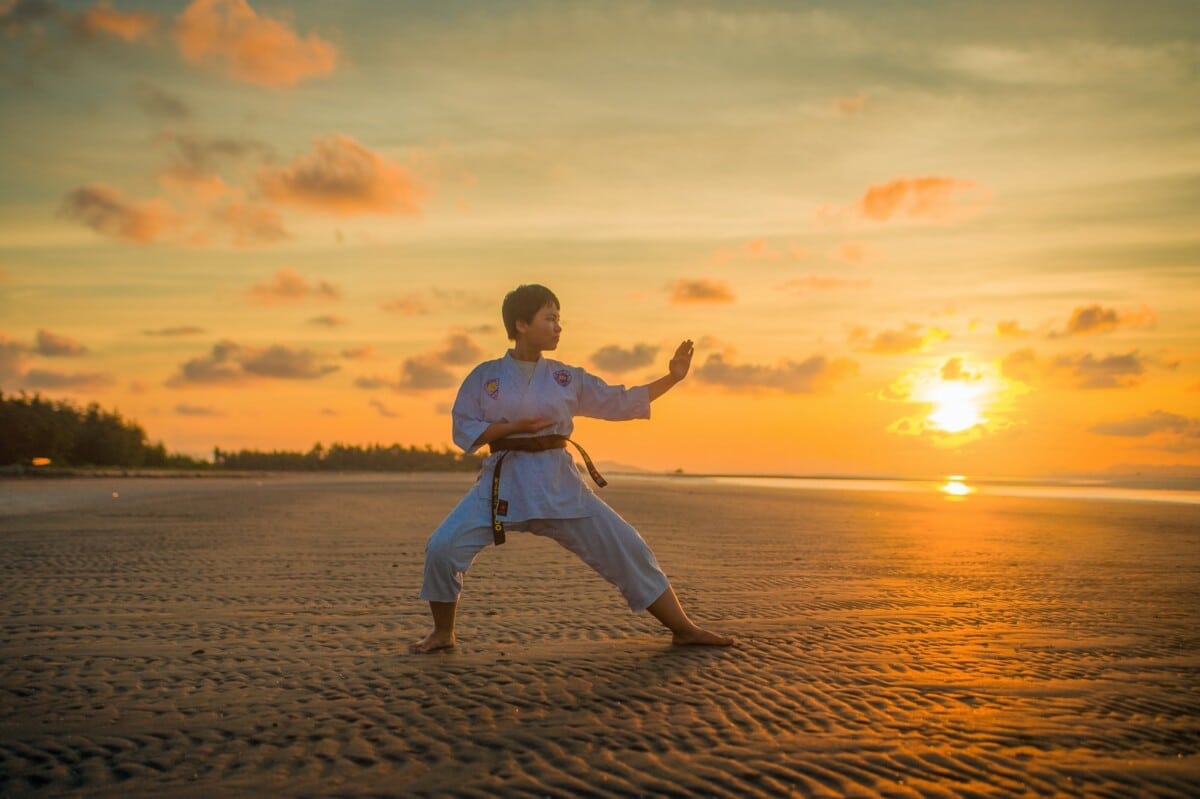 Choosing a martial arts discipline to learn can be a difficult decision, especially if it is your first time looking into combat or self-defense fighting styles. If you have narrowed it down to a choice between Karate vs Muay Thai, then here is all you need to know about the two styles.

The two disciplines are sometimes viewed as quite similar due to their strong cultural roots, structured rules, and since they are both highly focused on striking techniques with little or no emphasis on grappling and takedowns. Other than that, these two disciplines are vastly different.

Here are the most important differences between these two styles to help you decide on which combat style to learn first.

The Main Differences Between Karate Vs Muay Thai

Karate was formally developed in Japan during the 1920s and is literally translated as “empty hand” as a tribute to the roots of the fighting style. While karate is largely viewed as a Japanese martial art form, the influences that created the style are much more complex.

Karate is used both as a show due to the various stances and elaborate movements, as well as a self-defense style. While it is a fighting style, it is not extremely effective in a street fight, especially if you are still a beginner and only know the basics.

A Brief History Of Karate

Despite karate being formalized in the 1920s, the roots of the combat style can be traced back much further. The first use of the term ‘empty hand’ was during 1507 on Okinawa island, found off the mainland of Japan. Due to the banning of weapons by the king at the time, the army forces needed to develop new ways of fighting.

Due to the position of trading posts, there was a heavy influence of other cultures, including Chinese, Japanese, and Taiwanese, on the island. The various cultures likely played a role in the development of karate, but the discipline was kept a secret during the developing years, so it is hard to know the true roots.

In 1949, the Japan Karate Association was developed as an official body for this combat sport. This helped to formalize the discipline, leading to a more structured martial art form. While the self-defense aspect of karate is incredibly important, another strong point of the discipline is the philosophy of staying grounded.

Karate is designed to be more than a combat style but also a method of self-development and discipline. While learning karate, you will be taught to improve your character as well as focus on your coordination, strength, and stamina.

Karate has been developed as a structured sport that follows technical rules as well as rules based on respect and tradition. While there are different styles of karate and each competition may set slightly different rules, the overall body that sets the standards for the sport is the World Karate Federation.

Karateka (practitioners of karate) are divided into weight divisions and enter matches based on this. The match is watched by judges who award points based on the form and landing of each strike.

Karatekas are required to wear a traditional robe, known as a Gi, during matches, along with a red or blue belt. This belt allows the judges to differentiate between the two opponents and is not linked to the karate belt ranking system.

Fighters should wear body protection, such as chest protection for females, shin pads, a gum guard, and groin guards are optional for males. During practice, karatekas will be assigned a belt, known as an obi, which denotes their level of experience.

While everyone moves at their own pace when learning karate, it will take anywhere between three to seven years to earn a black belt, the highest-ranking belt.

Ground grappling is allowed in karate. However, it is largely a striking sport that emphasizes striking techniques while standing up.

Muay Thai, which is translated to Thai boxing, is a powerful striking sport that is not only a great way to stay fit, it also offers potent moves for street fights or MMA fighting. It is a well-known martial art derived from the more deadly style of Muay Boran, which has fewer rules than Muay Thai.

Created from a strong cultural influence during war times, the moves are aimed to protect fighters as well as deliver potentially deadly blows in situations that require lethal force. In a sports setting, it is an entertaining style of kickboxing and MMA fighters often use Muay Thai techniques during matches.

A Brief History of Muay Thai

When Thailand was still known as Siam, the soldiers developed a fighting style to protect themselves during the war when they were disarmed. Muay Boran was created as an aggressive fighting style that utilizes one's entire body to act as a weapon.

While this is the general history, exact details and facts are widely debated as most of the historical written records were destroyed by the Burmese army when they infiltrated Siam. What is known, is that Muay Boran later became Muay Thai, which is a watered-down version that involves stricter rules and less-lethal force.

Muay Thai is widely known as “The Art of Eight Limbs'' due to the use of the whole body as a weapon. Practitioners use their hands, feet, knees, and elbows to strike and cause damage to their opponent. While the shins and arms are hardened during training to be used as shields during the fight.

While Muay Thai is largely a striking combat style that utilizes techniques while standing, there is a full-body clinch that can subdue an attacker. This may also be used during structured matches to help control the fight and tire out the opponent.

Muay Thai has a strong focus on strengthening the body, with intense practice sessions that can involve being continuously punched in the gut to strengthen core muscles. This result equips fighters with strength that translates well into self-defense scenarios.

Muay Thai is practiced as a sport that usually consists of five rounds that are each three minutes long with a two-minute break in between each round. While some competitions may reduce the number of rounds, the standard is not to go above five rounds.

Fighters are required to wear specific kickboxing gloves that need to weigh between six and 10-ounces and are based on the weight division of the fighter. These gloves contain more padding than traditional boxing gloves to protect fighters.

The standard rules and regulations are set by the official governing body of Muay Thai, which is the World Muaythai Council.

Muay Thai fighters wear similar attire to boxers when competing, which is standard boxing shorts with the addition of a sports bra for females. Fighters also wear gum guards and groin guards during matches for added protection.

Muay Thai is a watered-down version of Muay Boran, as Muay Boran is much more aggressive and allows for striking with the head to deliver damaging blows.

Muay Thai is the national sport of Thailand and is often taught from a very young age to children for fitness, self-defense, and to become professional fighters.

Many MMA fighters base their strikes on Muay Thai techniques as it is one of the most effective combat forms in terms of striking.

Whether you decide to start karate or Muay Thai, you will be learning more than just fighting techniques, as both martial art forms are focused on improving more than physical strength. You can learn strong traditions and cultural practices as well as techniques to strengthen your mental state too, with both these disciplines.

If you are after a less intensive workout that focuses on perfect form, then karate is your better choice. However, if you are after something to give you a strong base to start MMA with, then rather start learning Muay Thai. 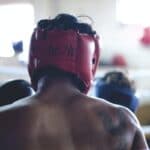