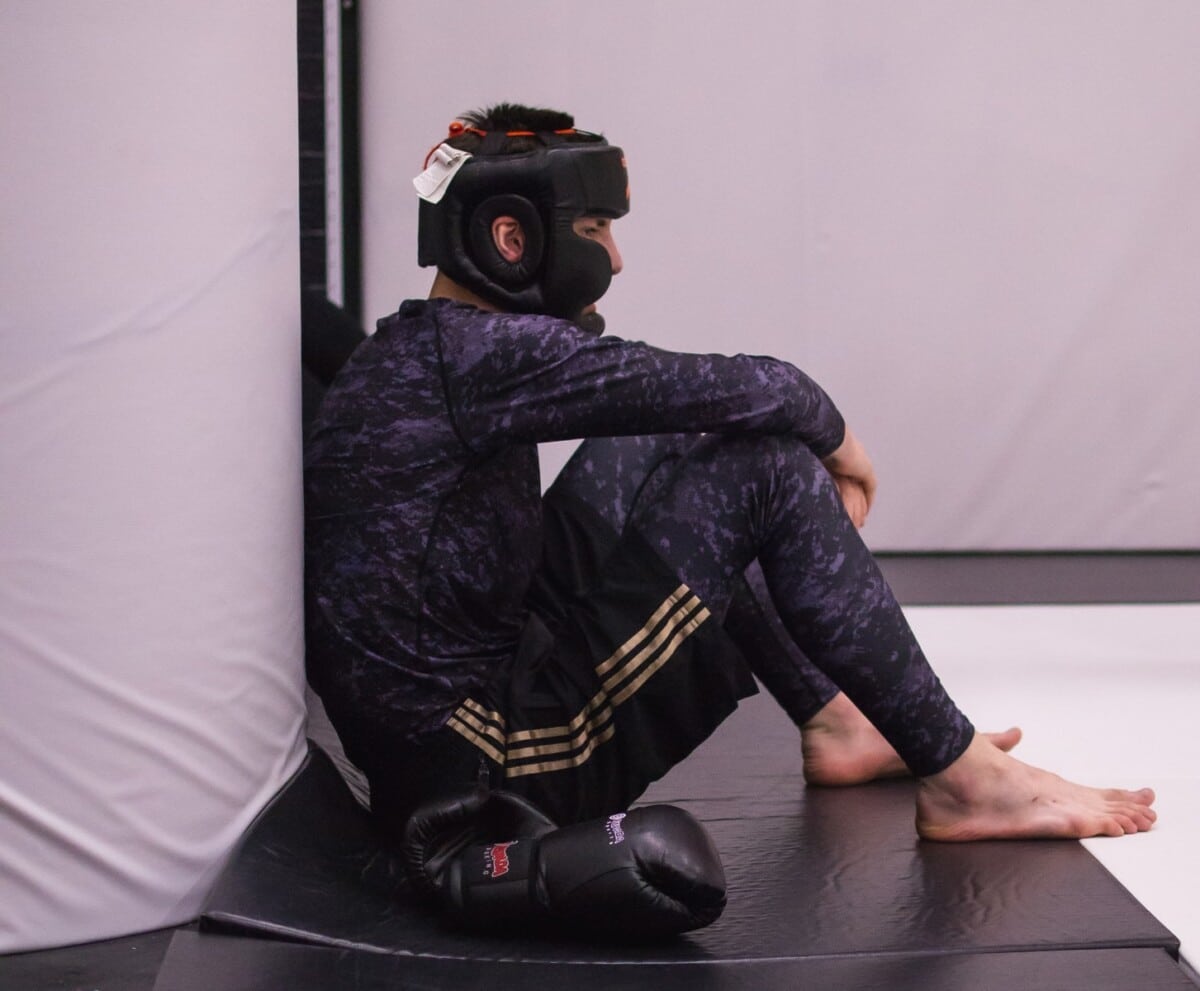 Cauliflower Ears: Why Do MMA Fighters' Ears Look Like That?

If you watch a lot of MMA fights, you may start to notice that many seasoned fighters have disfigured ears that look quite painful. If you are considering a career in MMA or just to enjoy it as a sport, you are probably asking why MMA fighters’ ears look like that?

Over time, MMA fighters may develop a long-term injury to their ears, which is often called cauliflower ears. This happens due to the repeated trauma to their ears through grappling and strikes. The contact causes blood or fluid to build up and create a bulge. Fighters can minimize the damage by treating it early, but many fighters are happy with the new look.

As someone interested in MMA, you could be wondering if this will happen to you when you start training and whether it hurts. These are all valid questions for someone looking into starting the sport, or even if you are simply interested in why this happens.

Let’s take a look at how this injury develops and how to possibly prevent it.

The Causes Of Cauliflower Ears

Cauliflower ear is medically known as perichondrial hematoma and can also be referred to as a boxer’s ear or wrestler’s ear. This condition does not only affect fighters, but other contact sports result in the same injury. One of these sports is rugby, where the scrum affects the player's ears through continuous friction.

While you may think that MMA fighters develop this injury during matches, it is usually caused by intense training sessions. Fighters who often train in disciplines dominated by grappling techniques, such as Brazilian Jiu-Jitsu (BJJ) and wrestling, will develop this condition from these sessions.

The constant pressure and friction placed on the ears during these movements create the biggest problem, while strikes to the head are a secondary cause, that is more prominent when the injury has already begun.

Both BJJ and wrestling are non-striking fighting styles that focus on grappling techniques, throwdowns, and submission fighting. This means there is a lot of contact throughout training to practice these moves.

All these moves are creating friction between your ears and your opponent’s ears, whether it is ear-against-ear, an arm rubbing against an ear, or an ear being pushed onto the ground.

This repeated friction over several training sessions will create the damage known as cauliflower ears.

In addition to grappling styles, boxing and Muay Thai involve some heavy blows to the side of the head. These constant strikes will eventually cause some damage.

If you are grappling often and experience multiple blows, it will progress a lot quicker than if you are simply being struck often.

However, the constant blows against your ears do cause external damage which will be more pronounced if you are not wearing protective gear during training. Muay Thai is also known as “The Art of Eight Limbs”, meaning that the blows can also come from an opponent’s knees and elbows, which will do a lot more damage.

How To Minimize The Damage Of Cauliflower Ears

While many fighters enjoy their cauliflower ears and wear them like a badge of honor, since it shows the extent to which they train and fight, some people may not want any permanent damage to their ears.

You can work to minimize the damage of this injury, especially during training where it is most likely to occur.

By using protective gear such as the right headgear, you can protect your ears to some degree, as long as the protective gear fits correctly. The best protection is wrestling headgear, which is two hard plastic shells that wrap around your ears.

The main problem with protective gear is that it is not allowed during MMA matches, so many fighters choose not to use it in training.

You could also consider rapid treatment after training to minimize the damage.

How To Remedy Cauliflower Ears

In the early stages of the development of cauliflower ear, fighters can work to rectify the damage to avoid a permanent deformity. The longer you wait to have it attended to, the more likely you will receive permanent damage that can only be rectified through cosmetic surgery.

While the main damage caused by the condition is the deformity, it can lead to infection in some cases. Fighting with the injury can also lead to a popping of the ear if it is struck by a heavy blow.

After training, or as soon as the injury starts to form, fighters have their ears drained to remove the clot and the fluid, allowing the ears to repair themselves.

Why Do MMA Fighters' Ears Look Like That FAQs

No, not all fighters will sustain prolonged injury and friction to their ears. This injury is mostly caused during training when there is a heavy focus on grappling in disciplines such as BJJ and wrestling.

Is cauliflower ear a permanent injury?

The extent of damage caused by cauliflower ear will depend on how often you train and whether you seek early treatment or not. If left too long before seeking treatment, your ears can become permanently disfigured and only cosmetic surgery will rectify it.

Cauliflower ears are not a problem for all MMA fighters and many fighters wear them as a badge of honor. Most contact sports will come with the risk of this injury and treatment is an option to prevent permanent damage if you do it early enough.