Money Talk: Which MMA Organization Pays Fighters The Most?

Professional MMA fighters are paid to fight as they still need to earn an income while they dedicate their lives to the sport. Since the UFC is not the only promotion that new fighters can aspire to fight in, you may be wondering which MMA organization pays fighters the most.

This will help you decide where you would like to aspire to fight one day if you are pursuing a career in MMA, or you may just be curious about the typical earnings of MMA fighters.

The payment structure of fighters differs between fighters and between different MMA promotions. Since the UFC is the most popular promotion in the world, the promotion tends to make a lot of money, and can therefore pay their fighters more than other promotions.

However, fighters can earn a generous amount from other promotions too, and here is how they rank in terms of fighter payouts.

How Are MMA Fighters Paid?

Compensation for fighters is fairly generous and one match can lead to a huge payout. While it may seem like a lot of money for a few minutes in the cage, it is also compensation for everything leading up to the fight.

Fighters undergo strict training programs and preparations leading up to their fight and usually, their whole life is affected by fighting. They need to maintain their fitness levels and continuously work to have their bodies functioning optimally for fights.

This makes the large payouts a bit more understandable, as well as the high risk that fighters accept when they step into a match. For instance, fighters could be permanently and severely injured by small mistakes during a fight.

Fighters also need to pay their team, which consists of doctors, trainers, dietitians, and others. Some people may forget, but MMA fighters are their own brand, and every brand has expenses to pay.

MMA fighters do not make all of their income from the organization they fight in, as they receive income from other sources too, including endorsement deals and bonuses. To pay fighters, MMA promotions earn a lot of revenue from sponsors, ticket sales and they also make money from pay-per-view.

Fighters are paid varying amounts and it is not always guaranteed that the winner will take home the most earnings from a match. During a fight night, each fighter will be offered guaranteed earnings. In addition to the set earnings, fighters can also add to their purse by winning fight bonuses, which are decided at the end of the fight card based on performance.

While each fighter is paid differently based on their popularity (pay-per-view earnings) and ranking, the payout also depends on which promotion the fighter is competing in. Here is the top-paying promotion in MMA.

Each MMA organization pays its fighters differently and at different amounts. This is largely due to the income of the company as well as the expenses. They are all businesses after all and the fighters are, in a way, their employees.

However, the UFC is in the top spot by paying their fighters the most money due to their impressive earnings.

As it is the most popular MMA promotion, it makes sense that the UFC would pay their fighters the most.

The Ultimate Fighting Championship (UFC) began in 1993 as the first organization to promote the sport of mixed martial arts. The promotion has become famous around the world and has members situated in 22 countries.

The organization was founded by Rorion Gracie along with Art Davie and others. It was then bought by Lorenzo and Frank Fertitta in 2001, who then appointed Dana White as the president. White is still the current president of the UFC in 2021.

The UFC has been under the spotlight a few times regarding the earnings and the amount they pay their fighters, which is understandable for a company that has an estimated valuation of US$4.2 billion.

This allows them to take the number one spot as the organization that can pay their fighters the most. You will also notice that the highest paid MMA fighters belong (or used to belong) to this organization.

One Championship (ONE) - Runner Up

ONE is another popular MMA promotion that is situated in Asia and is working hard to become the most popular promotion for MMA around the world. The UFC had better watch out as ONE is close behind with top fighters competing in the organization.

While ONE is sitting with an estimated valuation of just under US$1 billion, they still have a way to go to catch up with the top spot. This organization was included as it may be an MMA organization to look out for in the future.

While it is not as popular globally, it has made quite a name for itself within Asia, which holds a large percentage (roughly 50%) of the world's population.

Other popular organizations which still offer fighters a decent paycheck are Bellator and M1 Global. These are good organizations to aspire to fight for if the UFC is not for you.

The Highest Paid UFC Fighters In 2021

It is no surprise that the two highest-paid fighters are found within the UFC and are well-known fighters around the world. Here is how the top three fighters fare in terms of payment against each other.

These figures change quite often and while these figures are relevant in 2021, as the fighters' current yearly earnings, they may not remain the same next year.

Taking home the biggest paycheck is Conor McGregor, with estimated earnings of US$20,102,000 from the UFC alone in the last 12 months. The fighter known as The Notorious One has been labeled as the highest-paid athlete this year and any fighter who challenges him is likely to earn a good amount for fighting against this expensive fighter.

McGregor is believed to have received a payout of US$50 million for his fight against Khabib Nurmagomedov and a generous US$80 million for fighting against Donald Cerrone.

Khabib is the second highest-paid fighter in the UFC with estimated career earnings of US$14,770,000. The fighter, known as The Eagle, has generated a large percentage of his earnings from his latest fights as he grew in popularity. Khabib earned roughly US$2,540,000 against McGregor and US$6,000,000 from his fight against Dustin Poirier.

Khabib has officially announced his retirement from the sport in 2021 and so, his earnings are unlikely to increase.

The third highest-paid fighter in the UFC is Alistair Overeem, also known as The Reem, with estimated career earnings of US$10,204,500. The fighter earned most of these earnings in just a few fights between 2016 and 2018. He earned more than US$800,000 from each of his seven main fights while fighting in the UFC.

What do fighters earn on average from the UFC?

The figures paid to MMA fighters vary based on multiple factors, but a large portion of UFC fighters will earn six-figures in a year. In 2020, an average UFC fighter earned roughly US$147,965.

Do MMA fighters only earn money from a fight?

No, many MMA fighters earn most of their money from endorsement deals. The money earned from the fight also differs based on how well they fight, as a set number of fighters on each fight night earn a bonus.

Most MMA organizations don’t disclose their exact earnings and how much they pay each fighter. As they would then need to be in heavy competition with other organizations to get fighters to stay with their organization instead of leaving.

Therefore, it is tricky to craft an exact list, since the pay structures are dynamic based on each fighter and their circumstances. However, based on income, the UFC is the leading promotion in MMA and the fighters are seen as the top earners in the sport.

This is not to say that other organizations do not pay a good price to their fighters. MMA fighters can also look at other sources of income such as endorsement deals with major sporting brands. This leaves the earnings in the hands of many fighters and as they grow their fanbase and popularity ratings, they can grow their income too. 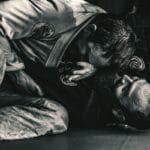