A Training Guide: How Often do MMA Fighters Train?

MMA is a physically demanding sport that requires a high level of fitness for athletes to perform at their best. MMA fighters will need to follow strict training schedules to stay in shape, reach the weight requirements, and master fighting techniques to overcome their opponent.

So, how often do MMA fighters train?

MMA fighters will train for up to 24 hours spread over 6 days each week when they are in fight camp leading up to a match. Out of season, fighters are likely to train once a day for roughly 2 hours at a time for 5 or 6 days a week. Although training schedules will differ between fighters.

MMA fighters split their training into various sessions to cover all the necessary training requirements, which include sparring, cardio, strength, and technical training. During fight camp, fighters can train up to three times per day at different intensities.

Here is all you need to know about MMA training schedules.

MMA consists of multiple styles of fighting and fighters need to condition their whole body through various types of workouts. This varied approach prepares their body for the intensity of the fight and helps them stay fit and healthy.

While fighters will all have a unique training schedule based on their dominant fighting style and body types, they will likely include all training types in their schedule. The time spent on each type and the intensity will vary between fighters.

During fight camp, which is when the training is the most intense, fighters need to remain consistent and disciplined to ensure they are ready for the match. During this time, fighters usually train up to 24 hours each week.

This may seem like a lot of time spent putting their bodies under extreme pressure. Although, not all this time is spent on high-intensity training. These hours will be broken down into plenty of low-intensity training sessions and technical training.

Out of Camp Training

When fighters are not in training camp, their workouts are less intense and they focus on learning new techniques. During this time, they also place a strong focus on strength and conditioning training.

MMA fighters will likely try out new fighting styles or learn new techniques to progress in the martial arts they are well-known for. This training becomes more creative and is important to help the fighter grow and develop their fighting style.

Fighters enter fight camp anywhere between four and 10 weeks before a normal fight, although they can start as early as 16 weeks before major events such as title bouts. During fight camp, the fighter's training schedule changes drastically.

MMA fighters need to spend the fight camp preparing for the opponent they are set to fight. This schedule excludes learning new techniques and styles and focuses on their opponent.

Fighters need to polish the skills that will work well against their opponent’s dominant fighting style. Fighters will also need to focus on defensive techniques that are specific to the sort of attacks their opponent is likely to use.

During camp, fighters will reduce their strength and conditioning training and focus on technical training to prepare for the upcoming fight. MMA fighters will also use one or two days per week to rest their body and their mind.

MMA fighters will use the main types of training as a basis for their schedule and adapt each one to their specific needs. Some fighters prefer more cardio if they aim for speed and agility in the ring, while others will focus on strength to land heavy blows during a fight.

Here are the main types of training:

Sparring training is not done regularly by fighters, especially during out-of-camp training. Sparring can lead to unnecessary injuries and knocks which will impact the fighter’s career. Sparring is usually started in fight camp and can be done up to two times a day for two days per training week.

Fighters will generally complete an entire five-round bout during sparring with new opponents to test their skills. Due to the possibility of injury and the toll it takes on a fighter’s body, some fighters, such as Max Holloway choose to omit sparring even during fight camp.

Technical training is vital for MMA fighters to learn new skills and to improve their current skills and techniques. Both in and out of camp, this training style is the main priority for many fighters as it determines how good they are during a match.

These training sessions are less intense but longer than others and can last for up to three and a half hours a day for up to four days a week. Fighters choose whether to split this up over a few sessions throughout the day.

Certain fighters will prioritize strength training to prepare themselves to produce heavy blows and to take heavy blows during a fight. While each fighter will spend time lifting weights, practicing calisthenics, or other strength workouts, the amount will differ based on the fighter.

On average, MMA fighters will spend two to four days on strength training outside of camp, and only about two hours per week during fight camp.

Cardio is an essential aspect of MMA training, as fighters need to stay fit enough to last for five rounds during a fight. While some fighters enjoy running often and usually use one daily training session on a morning or evening run, others prefer to practice high-intensity interval training (HIIT).

Fighters will often focus on building fast reaction times through short bursts of high-intensity workouts using techniques like circuit or Tabata training. During camp, fighters will spend anywhere between six to eight hours on cardio throughout the week. Rowing is also a great option.

While MMA fighters focus on physical training, they also prioritize mental training as it is just as important for the fight. Fighters need to have a clear mind when in a fight to react quickly to attacks.

Learning to empty your mind is important to maintain your composure in the cage and is a fundamental skill of many martial arts.

How has the USADA affected MMA fighters’ training schedules?

Anti-doping testing has been implemented in MMA, testing fighters for doping substances. This has prevented fighters from overtraining themselves as they cannot use enhancing substances as they used to.

MMA training is diverse and will depend on the fighter and their needs. A fighter’s trainer will help plan out an individual training schedule for that fighter, which will be intensified during fight camp. When first training as an MMA fighter, your sessions will be much lighter and will intensify over time as you become a professional in the sport. 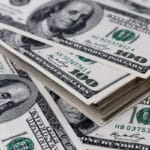 Money Talk: Which MMA Organization Pays Fighters The Most?