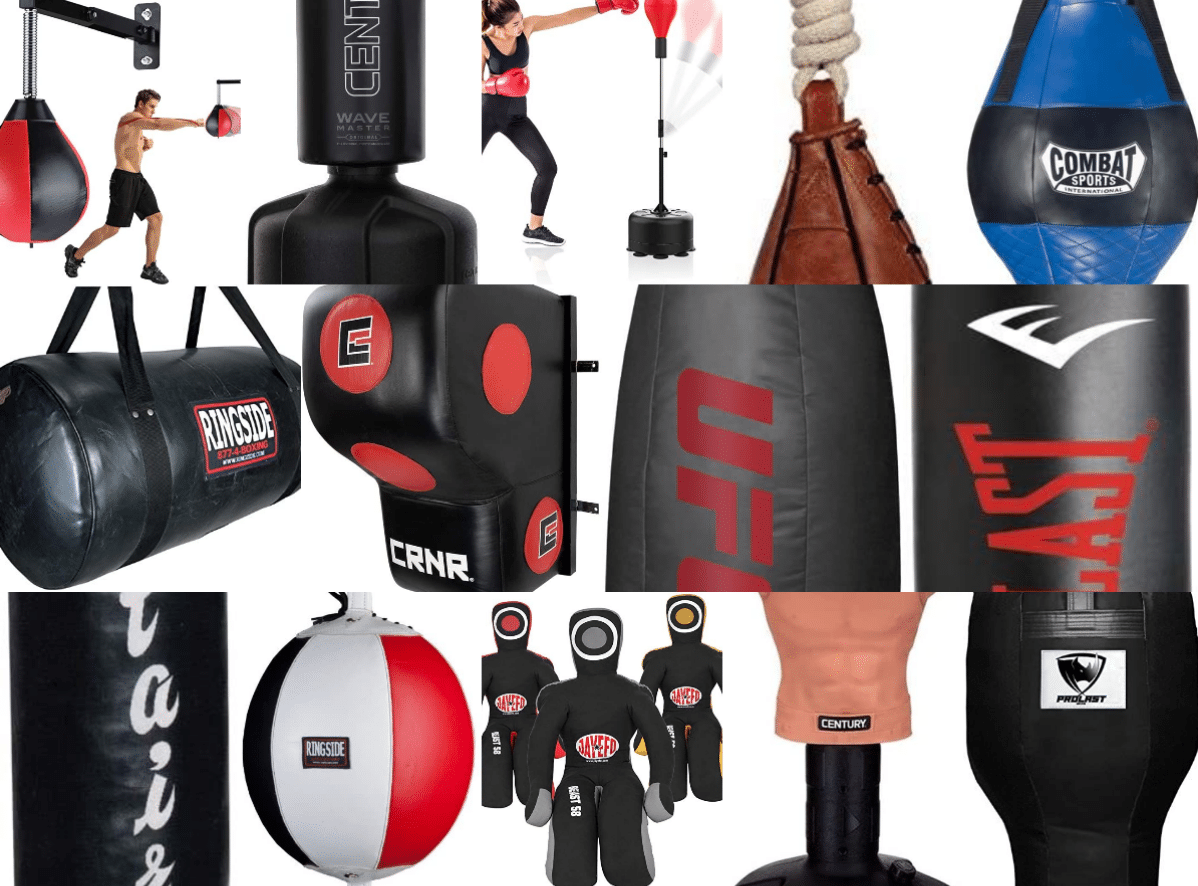 A punching bag is an essential training tool for fighters. It helps to simulate a variety of different fights, and can help them improve their technique. There are many different types of bags that fighters will use during their career in order to train for different aspects of the sport. This article discusses these various types of punching bag as well as how they can be used by fighters to improve on certain skillsets.

In this section, we’ll discuss the styles of punching bag, attributes, and how they are used to train.

This is the most common type of punching bag that you will find in a typical MMA gym. It's designed to take a lot of hits so it has some weight to it and is typically hung from the ceiling with chains.

It's used to practice punches and kicks.

A heavy bag will help a fighter develop strength in his/her biceps and triceps, as well as improve balance and coordination. It also allows you to practice lead leg kicks, which is something that all fighters should be doing!

This type of bag is much like the standard heavy bag, except it's not attached to any chains.

It should be secured to the ground with weight plates or sandbags so that it doesn't move around when you hit it. It has a base which is larger than normal, and designed for kicking attacks as well as punching.

A speed bag is a small, hanging bag that bounces in rhythm when you hit it. It allows for faster moving practice than with an ordinary heavy bag or focus mitts.

It's used to help fighters develop hand-speed and reflexes.

A banana bag is similar to a standard heavy bag, but are typically thinner and shorter. They can be used for faster moving practice than with an ordinary heavy bag or focus mitts.

Sometimes, they are used with a slip-on striking surface like leather or vinyl to allow for more practice with punches and kicks. They may also be called a Muay Thai bag. When kicking, this will flex more than a standard heavy bag.

This is a smaller, hanging bag that has the shape of a tear drop. It's used for practicing fast combination punching between kicks and punches.

A wall mount punching bag (also known as a wall mount uppercut bag) is a bag that is secured to your wall with suction cups or screws.

It is designed to help you practice uppercuts, but can also be used to practice punches from both the lead and rear leg.

These bags are similar to standard heavy bags except they have a flexible, angled base to allow for more uppercut practice. They are usally hung from the ceiling in a horizontal fashion. They can also be used as an alternative training method for kicks instead of the teardrop bag.

A reflex bag is designed with a thin, round base. It's used for fast-moving punches like those seen in boxing and Muay Thai.

It swings around and back at a high rate of speed which will help build hand-speed and reflexes.

This is a heavy, hanging bag that is also typically secured to the ground with bands so that it doesn't move around.

It's designed for practicing punches and kicks from different angles. It can also help develop punching power as there are no other bags or equipment in the way of your attacks.

A double angled heavy bag is similar to the angled heavy bag, but has more angles and curves. It's used for practicing punches and kicks from different angles while attacking with both hands.

A grappling dummy is designed to simulate a fighter that's on the ground. It has multiple arms and legs, which are fastened by straps to a base which can be filled with sand or water.

It helps fighters practice their submission techniques in order to improve their chances of getting a win!

A punching dummy is designed to simulate the body of a fighter who's standing upright. It has an arm and head that are fastened with straps to a base which can be filled with sand or water.

It helps fighters practice their strikes so they can deliver more power when they hit!

A double end punching bag is designed like a normal heavy bag, but has two different ends. This means that you can practice more power and speed with your punches and kicks. It can help increase hand-speed and also helps develop the ability to identify weak spots on your opponents body during fights!

A Mexican style double end punching bag is designed like a normal heavy bag, but has two different ends. This means that you can practice more power and speed with your punches and kicks.

It also allows fighters to work on their lateral movement as well as their attacks while moving from side to side!

A slip bag or maize ball bag is designed to simulate a moving opponent. It's filled with either water or sand and uses canvas as the striking surface.

It helps fighters learn how to sneak in their attack, while being able to avoid incoming attacks from other opponents!

Hayabusa is a Japanese combat sport equipment manufacturer. The company was founded in the year 2000. They often partner with other MMA sponsors such as UFC, MAX, and LETHAL FIGHTING COMPANY.

Everlast is an American manufacturer of boxing gloves and other training equipment. The company was founded in 1910 by two brothers-in-law, Jacob Golomb & Isaac Rosenberg. Everlast made and sold stuffed toys until 1932 when they switched to boxing gloves.

Century is a company that manufactures equipment for Karate, Kickboxing, Boxing, and MMA. It's widely known to produce some of the best Shin guards in the industry!

Punching bags are a great way to build endurance and develop different skills. A punching bag can help you work on your power, speed, reflexes, and more! One of the many benefits is that they're an inexpensive investment with lifelong returns - meaning it will take years before you need to replace them. You should also consider investing in some protective gear as well for increased safety during workouts. With so many options available these days, there's no excuse not be training hard at home or in the gym today! 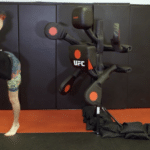 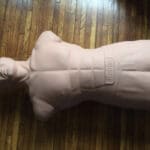 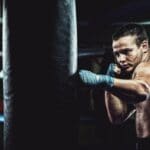