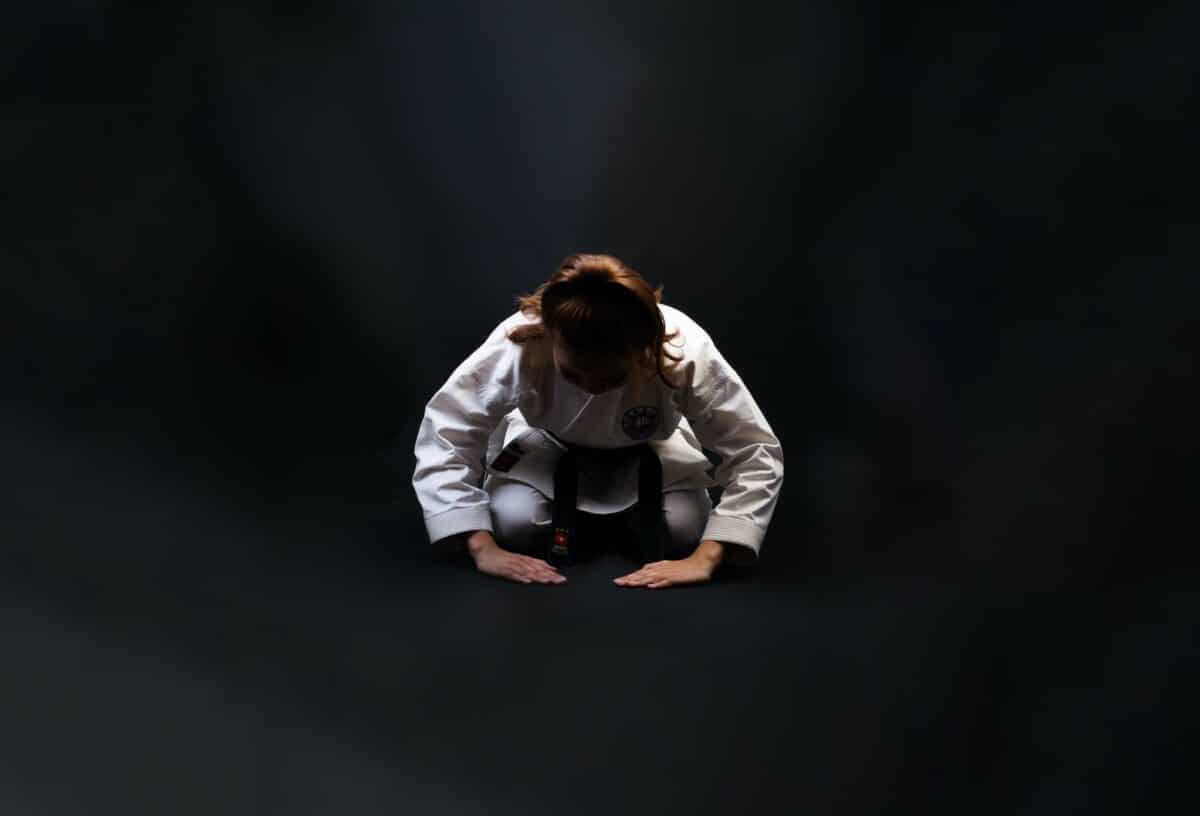 Choosing to learn martial arts is the easy part, but choosing which discipline to learn first is where it gets tricky. With so many styles to choose from, you may be wondering which one is right for your body type and skill set. Squaring up Taekwondo vs judo can help you narrow your search by determining the main differences between these two styles.

While both these combat styles offer several benefits both physically and mentally, they are unique in their purpose and potential outcomes.

If you are looking to learn striking techniques with extravagant kicks, then Taekwondo will help you. While judo will equip you with more ground grappling techniques to help you during an MMA fight and in self-defense situations.

Here is how the two square up against each other in the ring.

The Main Differences Between Taekwondo Vs Judo

Taekwondo is the oldest martial art that was developed in Korea, with heavy influence from other disciplines such as karate, kung fu, Subak, and Taekkyon. The fighting style was created as a form of unarmed combat for protection and was later used for other purposes.

Taekwondo was also taught to young men to improve their strength, stamina, speed, survival, and agility. The discipline involves extravagant moves with a strong focus on spinning and jumping kicks with the arms being used as a backup.

Ultimately, fighters are taught that speed and agility can do more damage to an opponent than strength if the moves are carried out correctly.

A Brief History Of Taekwondo

Taekwondo is an ancient style of combat that has been modified over the centuries but records show certain elements being used as far back as 50 BC. Loosely translated, Taekwondo means “the way of the hand and the foot” and has been adapted due to historical events.

Once people were free to use the style in public again, it was redeveloped with heavy influence from Chinese martial arts. The official body of taekwondo, the Korean Taekwondo Foundation, was developed in 1959 to set the standards of the sport.

Taekwondo focuses primarily on various kicking techniques that can land heavy blows to an opponent’s head and upper body due to the broad movements. The discipline also has some impressive striking techniques using the hands. However, these are used more as a back-up and during defensive movements.

Practitioners are taught early on about how to conserve their energy during matches to allow them to strike with maximum speed when necessary. Taekwondo fighters will do this by staying in a relaxed stance until it is time to strike the opponent when an opening presents itself.

While taekwondo is not very effective as a self-defense technique on its own, it can be used with techniques from other disciplines to be effective. It is especially helpful for smaller fighters who can develop speed better than strength, giving women and children a better chance at survival.

Taekwondo is one of the only six martial arts found in the Olympic games and is an exciting spectacle to watch due to the intense kicking movements. The rules are quite strict compared to other disciplines and the standard set of rules is decided by World Taekwondo.

During matches, fighters square up on an octagonal field and are scored using specialized technology attached to their clothing and protective gear. The Protector and Scoring System (PSS) awards points for the following:

Practitioners wear uniforms which are decided by the tournament they are participating in and they are required to wear various protective items due to the wide range of kicking and striking movements.

During training, they may wear protective footwear, but they should be barefoot during matches. Fighters should also use forearm guards, chest protectors, headgear, ground guards, mouth guards, and shin guards for extra protection.

Taekwondo was one of the very first martial arts to be added to the Olympic lineup before more have been added in recent years.

Many MMA fighters use Taekwondo techniques as a base fighting style to begin their training.

The Basics Of Judo

When learning Judo, a strong emphasis is placed on your mental state and how to train yourself to enter a state of peace and calm. The unarmed style of combat was developed from Jiu-Jitsu and places equal importance on the training of the body as well as the mind.

The techniques learned in judo are mainly throwing, grappling, and locking to subdue an opponent on the ground. No striking techniques are taught in judo. This results in judo being a great discipline to learn along with other styles that involve striking movements.

Dr. Jigoro Kano first developed judo towards the end of the 19th century and was a prominent figure in the sport. He became the first Japanese member to sit on the International Olympic Committee and it is no surprise that judo was made an Olympic sport in 1964.

Dr. Jigoro Kano saw Jiu-Jitsu as a discipline that wasn’t useful anymore. Thus, he used elements of the sport along with several other self-defense disciplines to create judo. The standards of judo are now set by the International Judo Federation.

The Fundamentals Of Judo

A practitioner of Judo is known as a judoka and, along with learning how to successfully take down opponents, they are well-versed in understanding the need for peace and respect during combat.

Judo places a lot of emphasis on the need to train the mind and will help improve mental health and clarity for those who choose to learn judo. Ultimately, judo is known as a gentle style of combat.

The Basic Rules Of Judo

Judo matches are usually five minutes for men and four minutes long for women. The area of play is covered with specialized mats known as tatami and helps prevent injuries during the match.

You may not intentionally harm an opponent and no punches or kicks are allowed during matches. You may not attack your opponent’s joints apart from their elbows and certain techniques are barred from different competitions.

To win a match, fighters need to earn more points based on their throws and grappling techniques, which are based on form and technicality. Fighters may also have points deducted based on any penalties given during the match.

During a fight, an ippon is awarded for perfect throws which land your opponent on their back or holds that subdue the opponent for 25 seconds. This automatically ends the match and the winner is declared. Two waza-ari points in a match will also decide a winner and yuko are the general points given where the scores will be matched up to declare a winner.

Judoka must wear a gi, which is a traditional outfit similar to a kimono. The gi must be strong and not rip easily during matches. The gi must be no further than 5 cm away from a fighter’s hands and feet when their limbs are extended. The attire is completed with a belt wrapped around it and tied using a traditional knot.

While judo became an Olympic sport in 1964, females were only allowed to participate in the Olympics in 1994.

Judo introduced the use of colored belts to denote rankings amongst fighters before any other martial art discipline. It is now a popular way to rank practitioners.

Whether you are searching for a martial art to learn as a basis for MMA or a self-defense technique, it is important to understand the strengths of each fighting style.

Taekwondo will teach you fast kicks and striking movements that can be useful if you want a long-range fighting technique. Judo will help you learn strong takedowns and grappling techniques which are beneficial for self-defense.