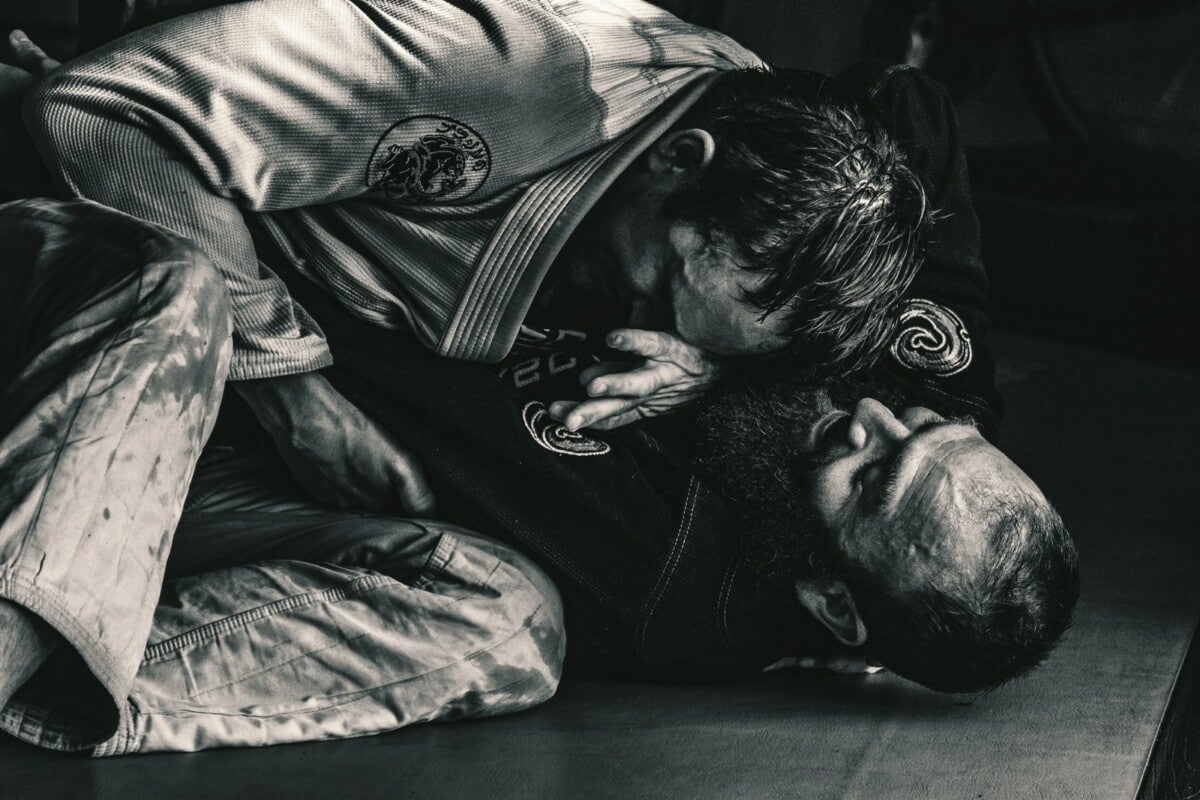 MMA has become a popular sport around the modern world with the Ultimate Fighting Championship (UFC) being synonymous with the sport as the biggest tournament for MMA fighters. Due to its popularity, you may be wondering “when did MMA start?” and if it is a fairly modern sport.

Learning the origins of this combat sport may surprise you, since a form of the discipline was practiced in Ancient Greece with almost no rules and regulations. As the sport has evolved over the centuries, it has developed a better structure and more stringent safety measures have been put in place.

The development of modern MMA has created an arena for the best fighters with a broad knowledge of martial arts to come together and showcase their fighting and submission skills and techniques. The sport is an exciting spectacle to watch and the audience is growing and expanding, especially for younger generations.

So where did the idea of combining multiple fighting styles actually come from?

The first evidence of MMA can be traced back to ancient empires where various cultures developed their own unique form of mixed fighting.

One of the earliest incidents was in ancient China during the Han Dynasty. The Chinese military developed a strong hand-to-hand combat system to use during wars. This style of fighting was known as Shuai Jiao and consisted of wrestling and kung fu. The combat sport was said to use both grappling and striking techniques to overpower an opponent.

Around 648 BCE in Ancient Greece, the Greek armies underwent martial training known as pankration. This style was developed into a combat sport and translates as “all powers” from the Greek words pan and kratos.

The combat sport was popular among the people and, due to its severely brutal nature, champions were lauded as heroes and often became the subject of legends. Fighters used a mix of boxing, wrestling, and street fighting with minimal rules imposed during competitions.

Fighters were allowed to throw, hit, and kick opponents in any way. However, eye-gouging and biting were illegal during matches. This sport became a popular event in the ancient Olympics with the same two rules.

Fighters would continue until one fighter submitted or was ruled unconscious, which at times led to the death of one of the fighters. Pankration was later introduced to other countries, including ancient Rome and China.

The mixed martial arts style of sport was adopted by various cultures who developed their own forms of mixed fighting matches. As a result, other martial arts were also formed from these mixed combat styles.

As exploration became popular and people started moving between cultures, various fighting styles also traveled with the practitioners. As they merged with new cultures, many styles of combat were blended and re-designed into slightly different styles.

Many forms of ancient mixed martial arts were banned throughout the years due to the extreme nature and fatalities caused by the sport. However, during the 19th century, it started to become popular again in a less severe form.

As fighters from different martial arts backgrounds started to mix, they began challenging each other to see which discipline was the better of the two. While this was not the same structure we see in modern MMA, it was the beginning of practitioners learning other disciplines to gain an advantage against opponents.

During this time, a competition was announced in 1852 which pitted English bare-knuckle boxers against French Savate fighters to test the different techniques of the two disciplines. This tournament attracted a lot of attention and the concept of MMA was promoted.

This new format of fighting demanded more combinations of fighting styles and Bartitsu was developed in 1899 as the first martial art to ever mix Asian arts with European styles of combat. This style was made up of Savate, Jiu-Jitsu, wrestling, Judo, and western boxing.

Bruce Lee is now labeled by many as the “Father of Modern Day MMA” since his fighting style was a combination of various martial arts into a smooth combat style.

During the early 20th century, another occurrence was at play in Brazil where the Gracie family was developing the popular martial art known as Brazilian Jiu-Jitsu. Two of the Gracie brothers, Hélio and Carlos, started a competition known as the “Gracie Challenge” in various gyms around their area.

The competitions were said to involve the combat sport vale tudo, created by the brothers and translated as “anything goes”, which was similar to pankration but not as deadly. The tournaments brought in fighters from around the world who were willing to step up to the challenge.

Some of the best fighters from all over the world would often lose against the brothers as they were not used to the intense grappling techniques taught in Brazilian Jiu-Jitsu. This soon became the basis of the current MMA structure we see today.

The Gracie family became highly popular in America when they took their Brazilian style of fighting to America to showcase it in the country. Hélio’s son, Royce Gracie, was the first of the family to compete in an American tournament in 1993, which was called UFC 1, the predecessor of UFC.

The aim of the competition was to put fighters from different disciplines against each other and the rules only consisted of no eye-gouging, groin strikes, or biting. The match would end when one fighter submitted or their corner threw in the towel.

Royce Gracie became the first title-holder of UFC 1 in a match held in Denver, Colorado, and continued his career as the UFC developed over time.

UFC 1 eventually drew criticism for the lack of structure and the no-holds-barred approach to fighting and was on the brink of being banned by politicians. The tournament was then adapted to include more structure and rules to protect fighters.

Currently, the tournament and other well-known organizations abide by the rules and regulations set out by the current governing body of the sport, which is the International Mixed Martial Arts Federation (IMMAF).

When MMA is mentioned, many people will automatically associate it with the UFC, since this is the biggest tournament in the world. However, it is not the only promotion of MMA and many other popular organizations promote the combat sport.

While many of these promotions are mainly popular in the respective country, they still hold weight and lead to the promotion of the sport across the globe. Some of these MMA organizations include:

RIZIN Fighting Federation: Situated in Japan, RIZIN was created by the developers of Pride FC, which was once bigger than the UFC. The tournament aimed to put the best of the best against each other, but the idea has not been as practical as first anticipated.

ONE: Situated in Singapore, ONE was founded in 2011, and is a fast-growing MMA promotion with many top fighters who compete in it.

Bellator: The tournament has been situated in Los Angeles since its inception in 2008. Bellator is the second biggest tournament after the UFC and many UFC fighters move on to Bellator after their contracts end.

Professional Fighters League (FPL): Founded more recently in 2012, FPL features fights during a season much like basketball or football seasons.

M-1 Global: The biggest Russian MMA promotion, M-1 Global, was founded in 1997 with up to 20 events being held each year.

When Did MMA Start FAQs

How old is MMA?

The origins of MMA can be traced back over 2000 years ago with evidence of mixed styles of fighting being noted in ancient China and Greece. The sport has developed over the centuries with more structured rules being put in place.

Is MMA a style of fighting?

MMA is not a style of fighting but rather a combat sport that utilizes multiple martial art forms within its structure. In the early days, there were very few rules, but more recently this has changed to protect fighters from severe and fatal injuries.

The Tale Of The Tape

MMA is continuously growing in popularity and while its roots were deadly and dangerous, it has developed into a safe form of physical activity. MMA offers fighters more than a title, but they learn discipline, traditional martial arts along with their strong philosophies and traditions, and they get an optimal workout in the process.

While the UFC is the biggest name around the world when speaking of MMA, there are many other tournaments and competitions structured for beginner fighters to help them reach a bigger stage. Such as many fighters' ultimate goal, which is to compete in the UFC.